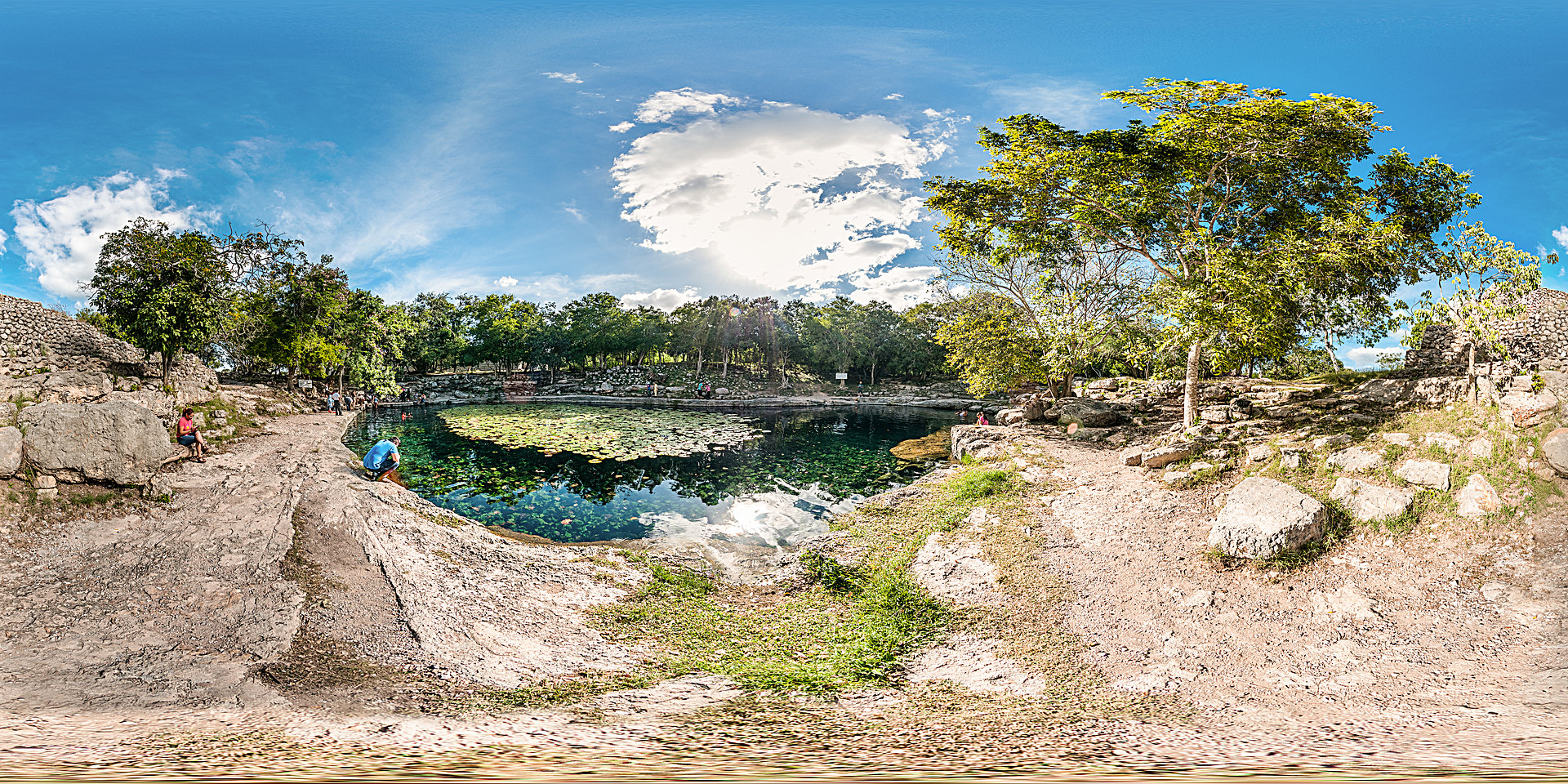 In the archaeological site of Dzibilchaltún near Mérida in the state of Yucatán is the beautiful Xlakah Cenote. Here you can refresh after visiting